What is Blue Carbon? 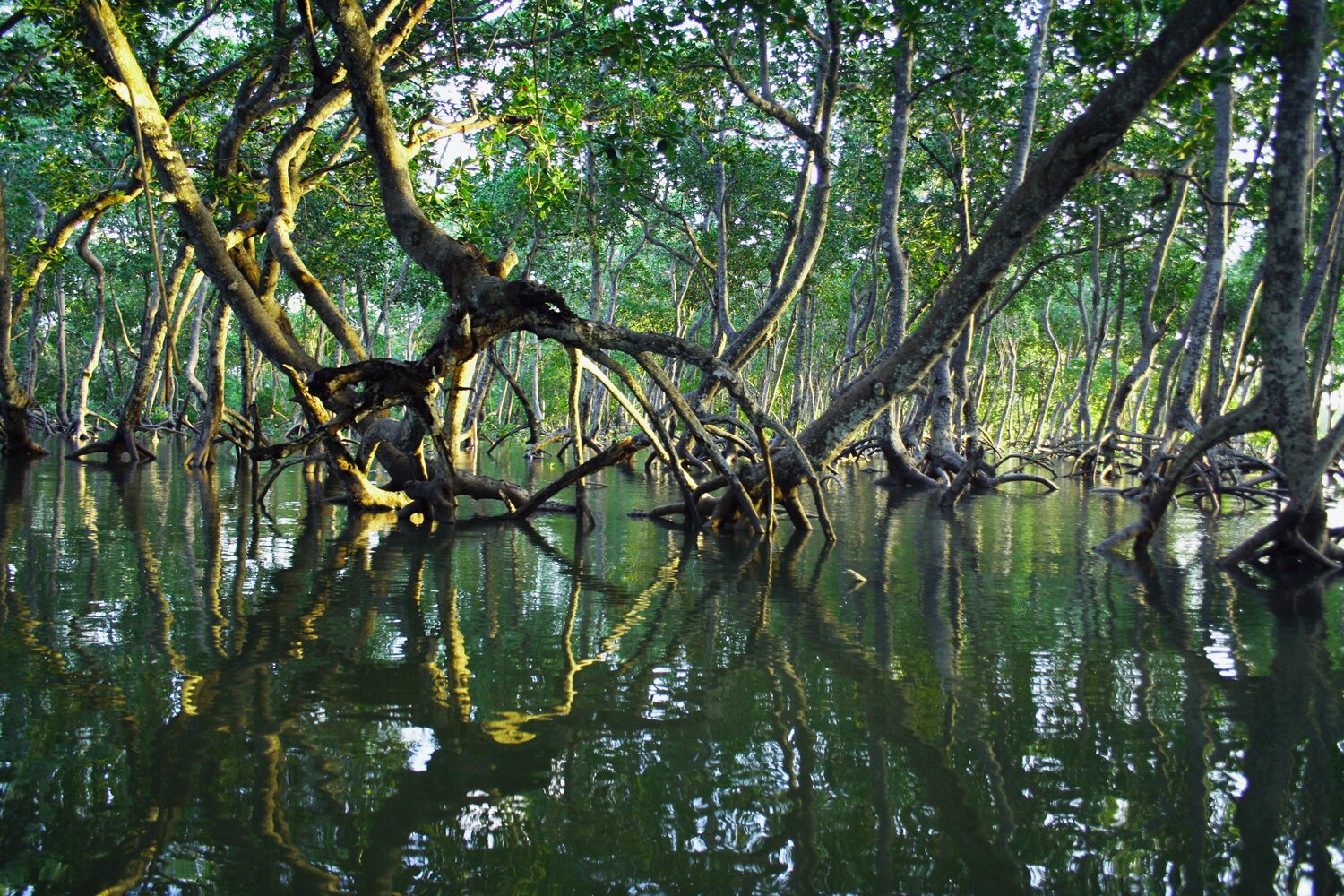 Blue carbon refers to the carbon captured by marine and coastal ecosystems such as mangroves, seagrass meadows and salt marshes. These ecosystems essentially work as giant carbon sinks, sequestering vast amounts of carbon from our atmosphere and oceans that would otherwise contribute to global warming. Similar to tropical forests, they sequester carbon through the process of photosynthesis, although amazingly its thought that mangroves absorb at least double the amount of carbon dioxide per year as land forests do.

But these coastal systems don’t just function as carbon sinks. They also play a pivotal role in protecting against storms and rising sea levels, in regulating coastal water quality and preventing shoreline erosion as well as providing a habitat for many endangered marine species.

As with all natural habitats, these natural carbon sinks are under threat from human activity. It’s believed they’re disappearing faster than land forests and the worry is that as more are destroyed, alarming amounts of stored carbon (some of it being thousands of years old!) is being released back into the atmosphere. It also puts the lives of local people at risk as fish numbers plummet and local arable land is polluted by saline water ordinarily filtered out by mangroves.

It is therefore crucial that these carbon capturing powerhouses are restored and conserved. Fortunately major conservation projects have been initiated around the world and from India to Indonesia reforestation is taking place, proving marine ecosystems can be used as an effective tool in mitigating climate change.